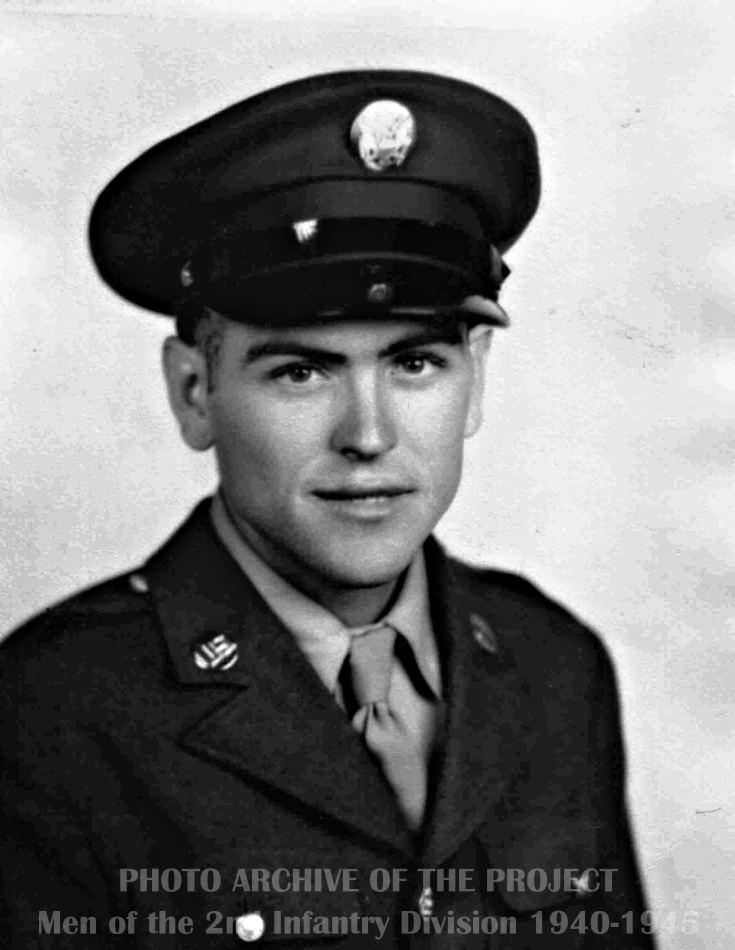 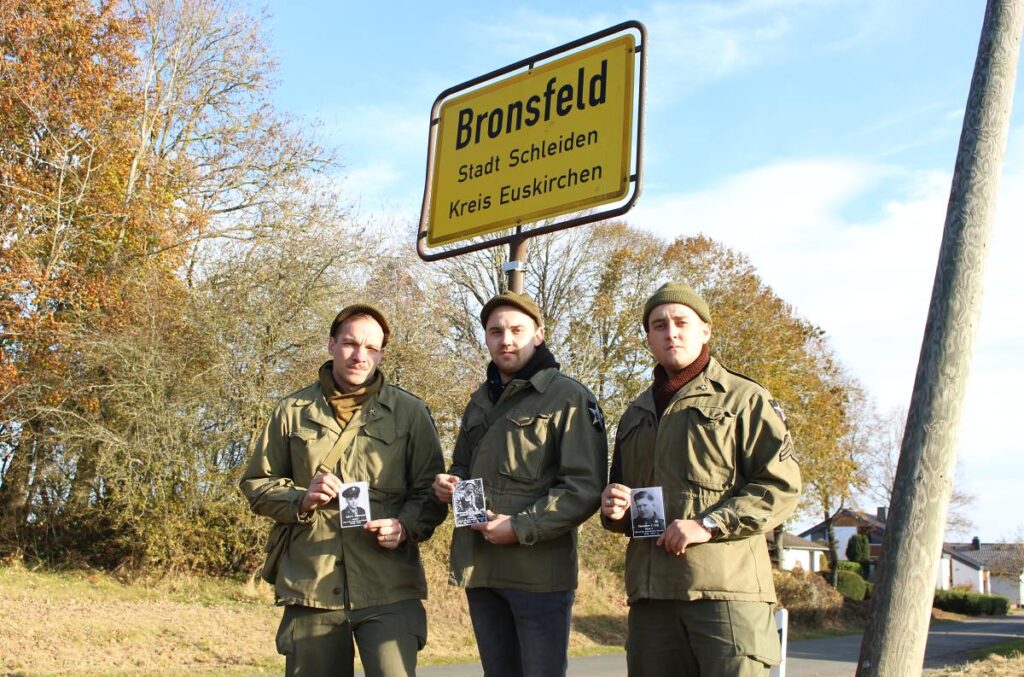 Today we would like to honor the memory of a young member of Company G, 23rd Infantry Regiment, Pvt. John C. Villarreal, who was killed in action on February 3, 1945 near Bronsfeld, Germany.

John Villarreal was born on June 24, 1922 in the state of Durango, Mexico. Several years later he moved with his family to Sonora, Pinal County, Arizona and was employed by the Nevada Cons. Copper Corp in Ray, Arizona. John enlisted into the army on February 29, 1944 in Fort MacArthur in San Pedro, California. After his basic training he was sent to Europe as a replacement. Unfortunately, we do not have more records yet about the date when he joined the 2nd Infantry Division.

Pvt. John Villarreal was killed in action on Saturday, February 3, 1945 when his Company G advanced through Monschau Forest in order to attack the village of Bronsfeld, Germany. The attack of the 2nd Infantry Division was greatly complicated by a high layer of snow, numerous minefields and accurate German artillery and mortar shelling. John died of multiple wounds caused by an explosion of an artillery shell when the shrapnels hit the thorax and shoulder area in particular. His body is interred in Saint Francis Catholic Cemetery Phoenix, Maricopa County, Arizona.
In memory of Pvt. John C. Villarreal. We will never forget your sacrifice and will always honor your memory!!

Special thanks belong to Mr. Robert V. Cuenca who shared the photo and story of his Uncle, Pvt. John C. Villarreal. We also want to thank Ms. Aimee Gagnon Fogg from the project “They Speak: Voices of Henri-Chapelle American Cemetery” for her support and excellent cooperation!