Carus E. Olcott was born on March 13, 1923 in Otisco, state New York. As a farm boy he wanted to attend college and learn more about agriculture but he was drafted instead and entered the U.S. Army on July 12, 1944. After his basic training Carus was sent overseas and on January 23, 1945 he joined his Company K, 23rd Infantry Regiment. 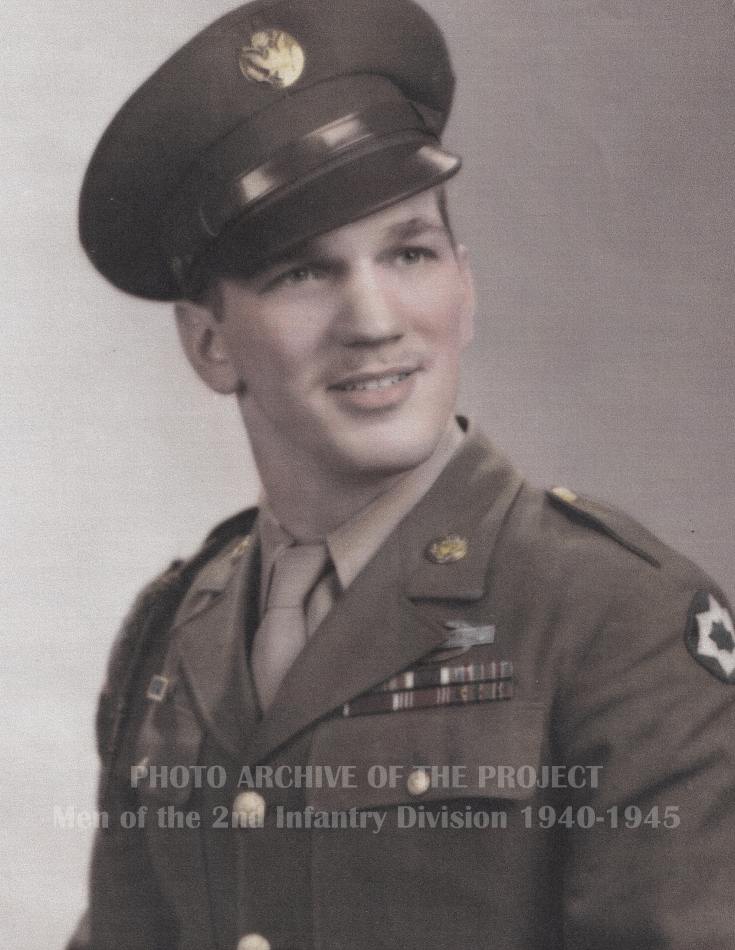