1st LT Donald E. Saville (January 18th 1922- May 31st 2008), served in the 1st Bn 9th Infantry Regiment from May 1944-December 1945. Shortly after Basic Training in 1942, he was recommended and reported to Ft Benning, GA for OCS and trained as an Infantry Officer. He was sent to M co 261st Inf Reg 65th Inf Div before reporting to the ETO for further Assignment. After a month and a half of travel and time spent in Replacement Depots in early 1944, he then reported to M co 109th Inf Reg of the 28th Inf Div in Wales. In Mid May 1944 he then was sent to D co 1st Bn 9th Inf Reg for building up of the Invasion. About 3 weeks into Combat, the 9th Inf Reg took many causalities; especially within the Officer Ranks. As my grandpa was briefly trained in Signals Equipment, he took on the Roll of Communications Officer for the 1st Bn. He told me he was the most qualified Rated Infantry Officer at the time. He held this position until he was wounded, on December 14th, during the 2nd Inf Div’s Wahlerscheid Offensive, 2 days before the German Attack started in the Ardennes. Returning to combat on the 2nd of January 1945, he came back to a shattered unit, whom successfully stopped the Germans cold on their front. As the 2nd Inf Div started their push to push the Germans out of the Bulge, my grandpa took on the roll of the A+P Platoon Leader in the 1st Bn 9th Inf Reg and held this position until the end of his tour of duty in the ETO. He returned from Combat at 23 years old. My grandpas as always damn proud to have been a Manchu and and member of the 2nd Inf Div- the same unit that his father served in during WW1.

My grandpa was a very goofy, charismatic, but also very serious at times. He was a very responsible person and always played the role as a care giver and family man. After the war he married my grandmother, Grayce, was a father of 2 daughters, my aunt Pat and my mother Janice, and held a career with the NSA with numerous assignments. He always told me stories of Czechoslovakia. I have been able to come into contact with the family he stayed with during his time in Rokycany. He was a card player, owned a boat, sang in the church choir, and avid gardener - Zach Schwartz, Grandson 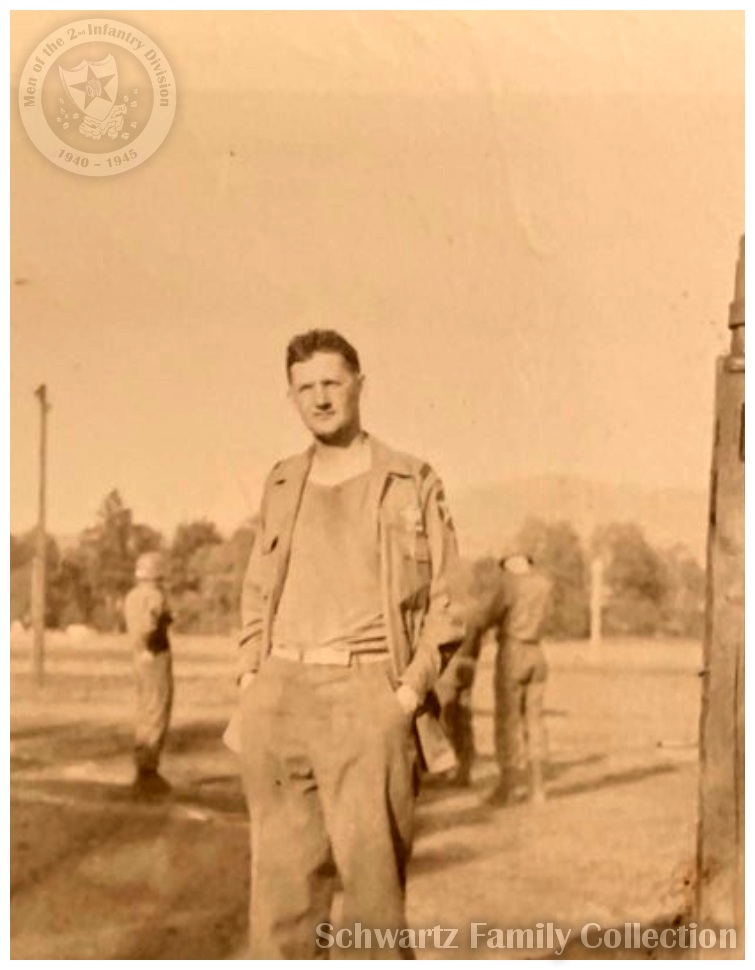 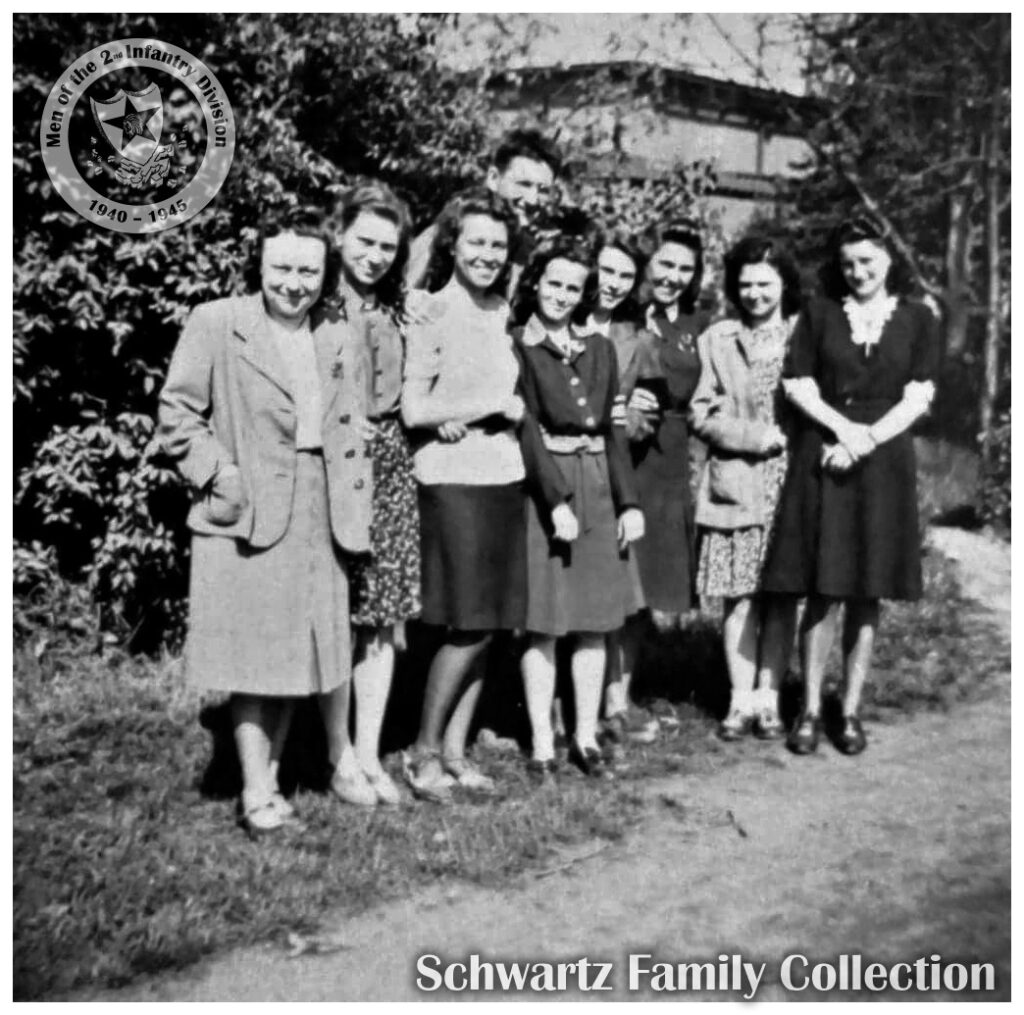