Herman Geist went through his infantry basic training at Fort Benning, GA and later he was assigned to the 100th Infantry Division. In July, 1944 Herman Geist was sent back to Fort Benning to Officer Candidate School where he graduated in November 1944. One month later, as an young 19-year-old 2nd Lieutenant Herman Geist joined Company F, 38th Infantry Regiment at the end of the Battle of the Bulge.2nd Lt. Herman Geist led his platoon of Company F all the way through Germany and at the beginning of May 1945 they were sent to Czechoslovakia. His Company F was the first U.S. Army unit that entered the city of Domažlice and helped to set it free. Herman Geist was promoted to the rank of 1st Lieutenant at the end of war. 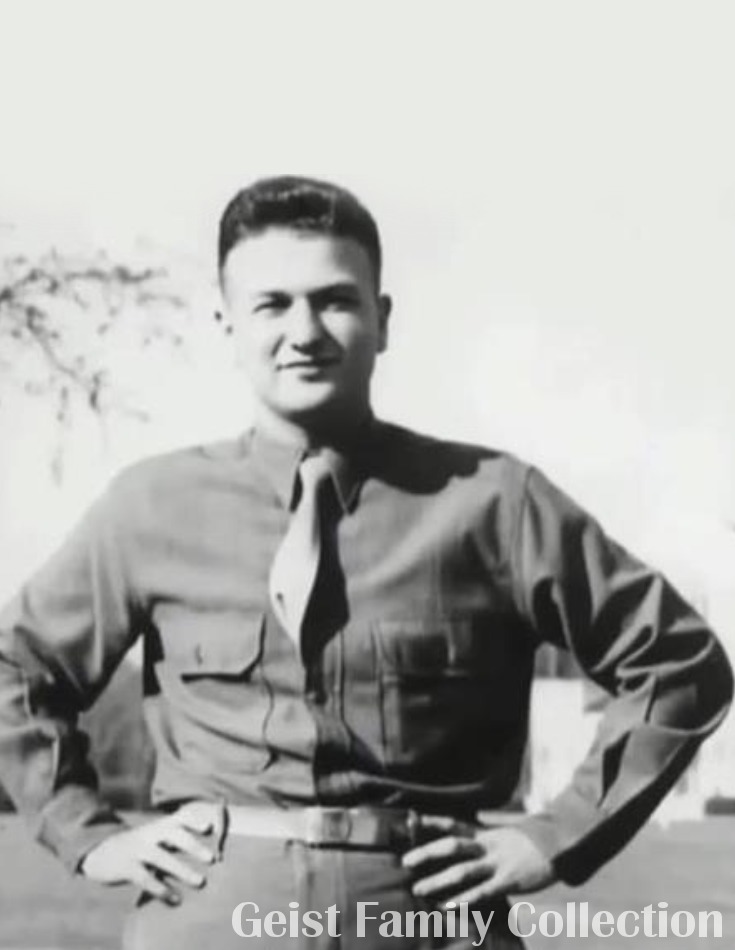