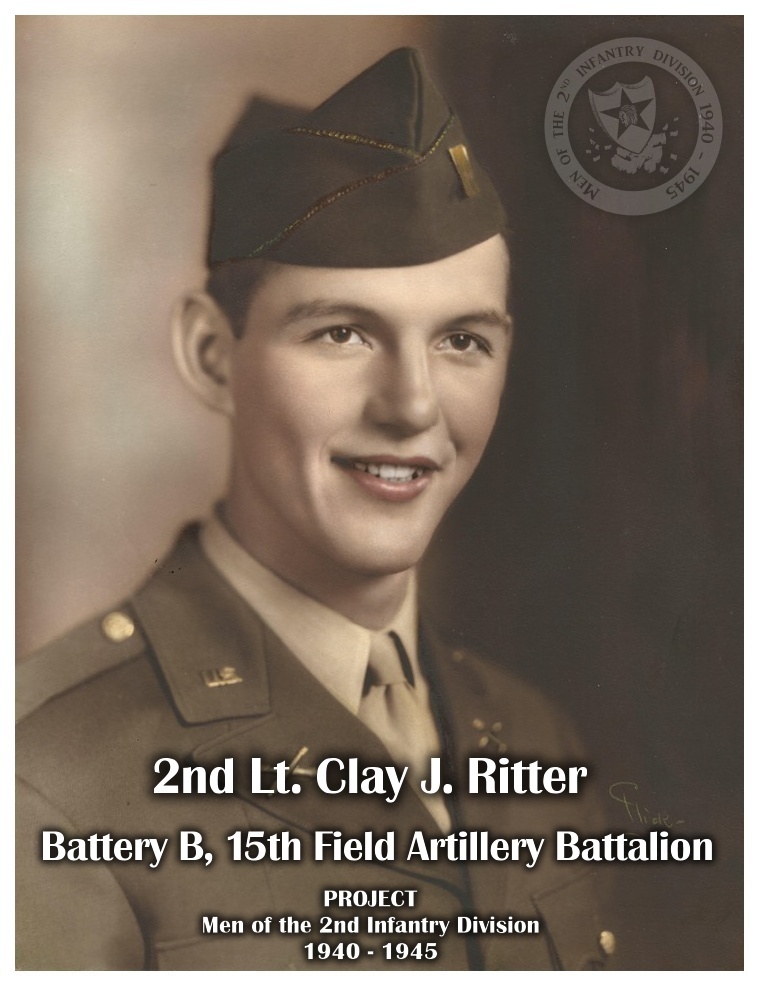 In mid-April 1945, the 2nd Infantry Division approached the great industrial area of Leuna and Merseburg near Leipzig, where the Division encountered the infamous „flak alley“ protecting Germany´s vital synthetic gasoline and rubber plants. There were approximately 1000 of the antiaircraft guns, ranging in size from 88 to 128-mm and were supplemented by light guns. The guns were now depressed for ground fire and capable of being used against the Division´s advancing infantry or tanks. Each AA gun was well fortified and surrounded by a communication trench.

These deadly defensive emplacements caused heavy losses to the 2nd Infantry Division in the following days. During the fighting from April 13 to 19, men of the 2nd ID captured or destroyed 505 heavy antiaircraft artillery pieces of 88-mm, 105-mm and 128-mm caliber, as well as innumerable lighter antiaircraft weapons and took a total number of 9,111 prisoners. In this case the counter battery fire proved most effective in reducing the fortified positions because a direct hit on a gun pit often disabled the gun.

2nd Lt. Clay J. Ritter, a forward observer of the 15th Field Artillery Battalion, 2nd ID, played a vital role in breaking the German defense. And today we want to present to you his memories:

„We continued on slowly with occasional contact with the retreating enemy until reaching the outskirts of Leipzig by nightfall. A battalion of 128 mm anti-aircraft guns defending the airport leveled their weapons at us and were doing a lot of damage. This stopped our advance for a time. At the request of the infantry commander, I accompanied a platoon of riflemen to observe the enemy activities. The infantry lieutenant was killed, and so were some of his men, but the rest of us went back to the company. The firing continued into the night. Although my infantry company commander and others told me to take cover, I went out into the valley to where I could see the gun flashes of the German artillery–crawling on my belly with my radioman right behind. When I could see the gun flashes of the Germans, I radioed back coordinates and asked for one of our guns to be fired to adjust. We almost had them, so after the next adjustment, I asked our guns to ‘fire for effect’. What a surprise when all 12 guns in the battalion fired. There wasn’t another sound from the German line that night. Later I was awarded a Bronze Star for the action.“

“We spent the night in German homes without incident. The next morning we saw the results of our action as the airport was littered with dead German soldiers. Many seemed about my own age and I was disturbed that I was responsible for their deaths. In talking with our chaplain about it, he reassured me that I was only doing what was necessary,“ stated Lt. Clay J. Ritter.

His daughter, Mrs. Linda Ritter Carroll remembers: „After Dad’s death, I found a fairly recent email to his priest again worried he would have to pay for his role in this event in the afterlife. The priest assured him that God understood the realities of war.“

Thank you for your service, 2nd Lt. Clay J. Ritter. We will never forget you and will honor your memory.

Our sincere thanks belong to Mrs. Linda Ritter Carroll for sharing the story of her father with us! Also we would like to thank to Arjan Messemaker for his help and never ending effort to contact new families of the 2nd ID´s WWII veterans.