"I was drafted April 1942 and reported to Fort Leavenworth, Kansas and then to Camp Roberts, California and after basic to Fort Sam Houston, Texas. From there we moved to Camp McCoy, Wisconsin and in September of 1943 we were ordered to move to Camp Shanks, New York for the sailing date, October 8, 1943 to Belfast, Ireland. I left Ireland in April 1944 to South Wales to wait for D-Day.

On 8 June, 1944 my Company of the 23rd Infantry Regiment landed on Omaha Beach with the first invasion forces.  After D-Day there were only 30 men left from 160 in my Company. I was in the front lines for 18 months. I traveled 1,750 miles in combat from Omaha Beach to Pilsen, Czechoslovakia. My division was in the five great campaigns [Normandy, North France, Ardennes, Rhineland, and Central Germany]. After Czechoslovakia I returned to France and then to New York Harbor and was discharged from Jefferson Barracks, Missouri.

There were many hardships such as “K” rations and living in tents in rain, snow, and cold weather. While in Leipzig, Germany my commander was killed and I was only three vehicles away from his blown-up jeep. Another time when we were under heavy fire, I hit the dirt feeling moisture I believed was blood, but only to find out it was my canteen that had been hit. Also, while I was in Czechoslovakia, I was an interpreter for two companies as I could speak Czech."

"During his short time as an interpreter in Czechoslovakia, it was the first time since D-Day that he had slept in a “real bed”. Each morning he would awake to a newly cleaned and pressed set of dress. He had listened to the Czech radio and heard our last name used many times. Pilsen was not far from his family’s town of origin, Trtice. He had scheduled a jeep and was planning on visiting relatives in Trtice, but received orders to head back to the states before he could make the trip," stated his son Randall Cecrle. 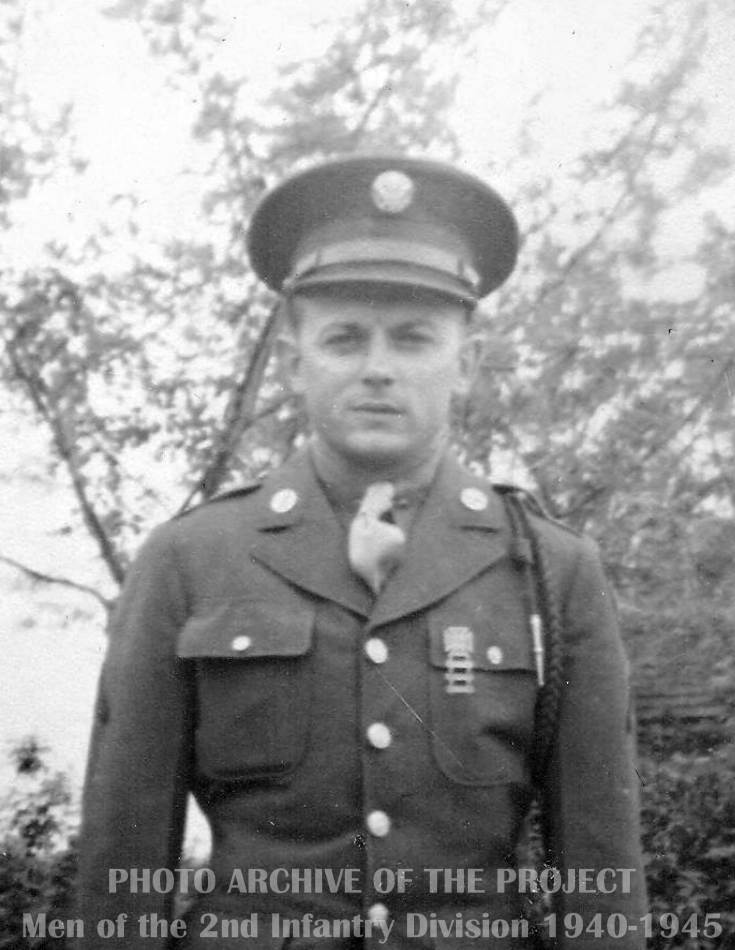