T/Sgt. Gerald F. Williams served within Company A, of the 9th Infantry Regiment. He went overseas in July, 1944. He was wounded by a Artillery shell in October, 1944, while fighting in the battle for Brest, for his wounds he was awarded the Purple Hearth. During the Battle for the Lausdell crossroad on the 18th of December, 1944. Williams got captured by the Germans and became a POW for 4 months, he eventually ended up in Stalag 8-A near Gorlitz. The Germans began to evacuate the camp when the Russians approached within 14 miles. Sergeant Williams got eventually liberated by the 2nd Armored Division.

Williams got sent to Korea in July-August 1950, as a Master Sergeant with Company K of the 38th Infantry Regiment, 2nd Infantry Division. He received Battle Commission as 2nd Lieutenant for Heroism on 14 December, 1950. A month later on the 10th of January, 1951, he got Killed in Action. He left behind his wife Sybil Price and his 4-year old son, Eugene. 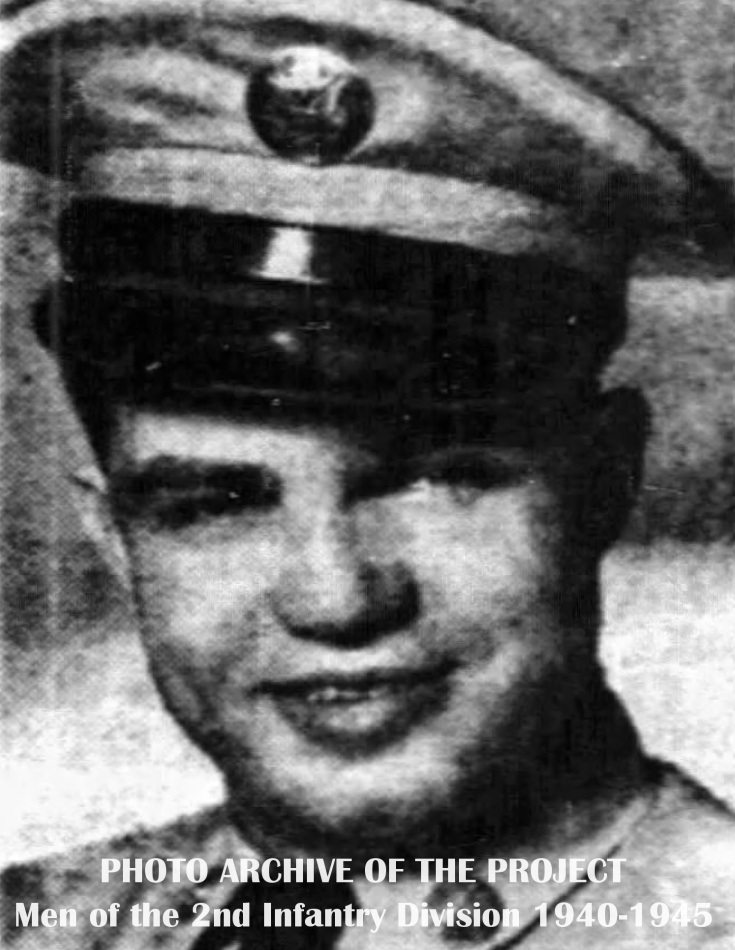