1st Lieutenant Lester J. Sletta was born in in LaSalle, Minnesota on April 19, 1920. He was one of five brothers that were born to his parents Ole and Thora Sletta. Lester graduated St. James High School and was employed at Mankato by standard Oil co. He entered the service in June, 1942 and was commissioned in the Infantry at Fort Benning, Georgia In January, 1943. The exact date of Lester's departure is unclear but in August he was sent overseas. Lester met his wife, Jeanne Virginia Mikkelson, while stationed at Fort Carson in Colorado Springs, Colorado. During that time Jeanne was living with a relative in Colorado Springs. They got married on 14 July, 1945 as soon as he was back in Minnesota following his hospital stay. 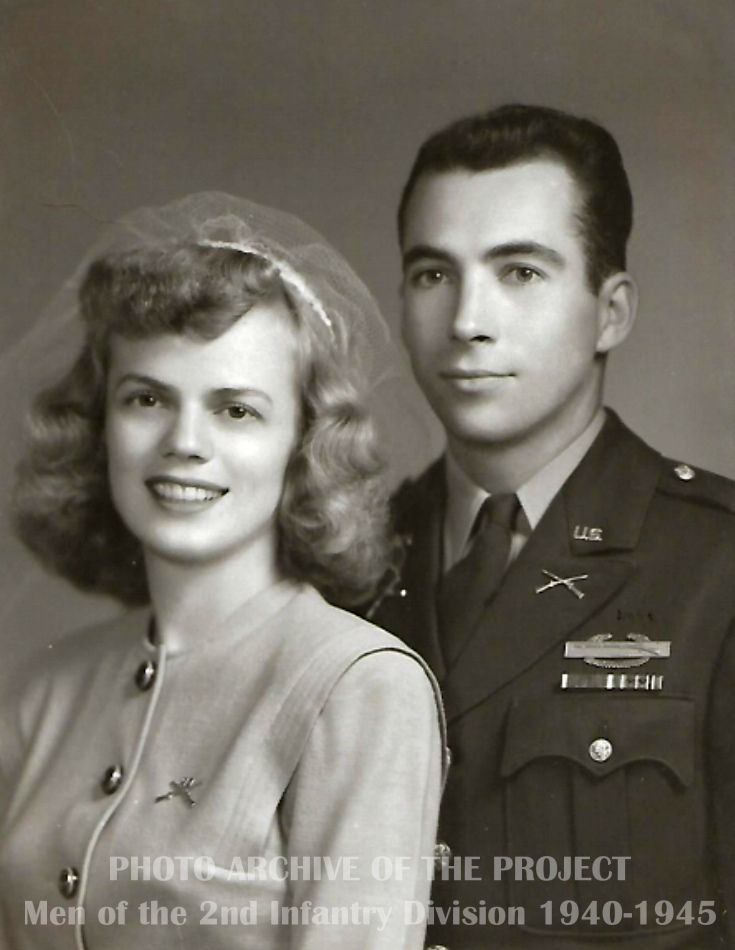