Germans Give Up To “Razor Squad” 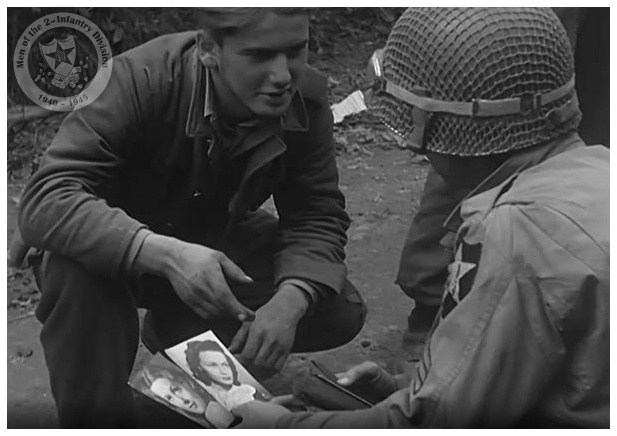 Have you ever heard about the Razor Squad? We bet some German defenders of the city of Brest never forgot these “sharp” boys. “One ‘secret weapon’ which a group of doughboys invented as a gag turned out to be quite effective.

In the Battle for Brest, they found a cache of German straight edged razors. Led by 24-year-old Staff Sergeant Elmer F. Coverdale of Milford, Delaware and 26-year-old Sergeant Oby C. Peaden from Pensacola, Florida, several infantrymen tied the razor to their rifles and called themselves ‘the razor squad’.

In the subsequent street fighting, many terror-stricken Germans surrendered at the sight of rifles tipped with sharp-slashing razors. ‘It was just a gag for us,’ said S/Sgt. Coverdale. ‘But the Jerries could not figure out what kind of troops they were up against.” – published by The Daily Mail, Feb 14, 1945.

The story of “Razor Squad” was captured by a popular war reporter Hal Boyle, who took part in the Battle for Brest in August and September 1944. S/Sgt. Elmer Coverdale and Sgt. Oby Peaden were members of Company I, 23rd Infantry Regiment. Their I Company was later led by Captain Charles B. MacDonald, an author of the book “Company Commander”. Both S/Sgt. Coverdale and Sgt. Peaden survived the war and returned home although Sgt. Peaden was severely wounded in the leg by a machine gun fire during the Battle of the Bulge. He re-joined his unit a couple of months later in February 1945. Their Razor Squad appeared in several newspapers during 1945 and became well known in the hometowns of both men.

Although S/Sgt. Elmer F. Coverdale passed away in 1968 at the age 47 and Sgt. Oby C. Peaden passed away in 2010 aged 92, the story of their Razor Squad will never be forgotten!

_______________
ILLUSTRATIVE PHOTO: An unknown member of the 2nd Infantry Division is checking the personal belongings of an young captured German soldier who tries to explain who is who in the two pictures he took. Daoulas Peninsula – September 8, 1944