"We moved forward to approach the Vire River and were on the forward slope of a hill when we encountered some heavy resistance from both sides of the river. Barnes detailed my squad to secure a small farm to the left of the line. Halfway through this venture we were pinned down by intensive machine gun fire. A precarious withdrawal with the coaching of Barnes. I was the last one out, bringing with me my ward, Paul Turbeville.

There were a lot of hot M-1s that morning. In an attempt to flank a Jerry machine gun, we lost several men of my squad. My first scout, Del Pavelka, was KIA. He too had been a fox hole buddy of mine," William G. Nicholson, squad leader in Company B. 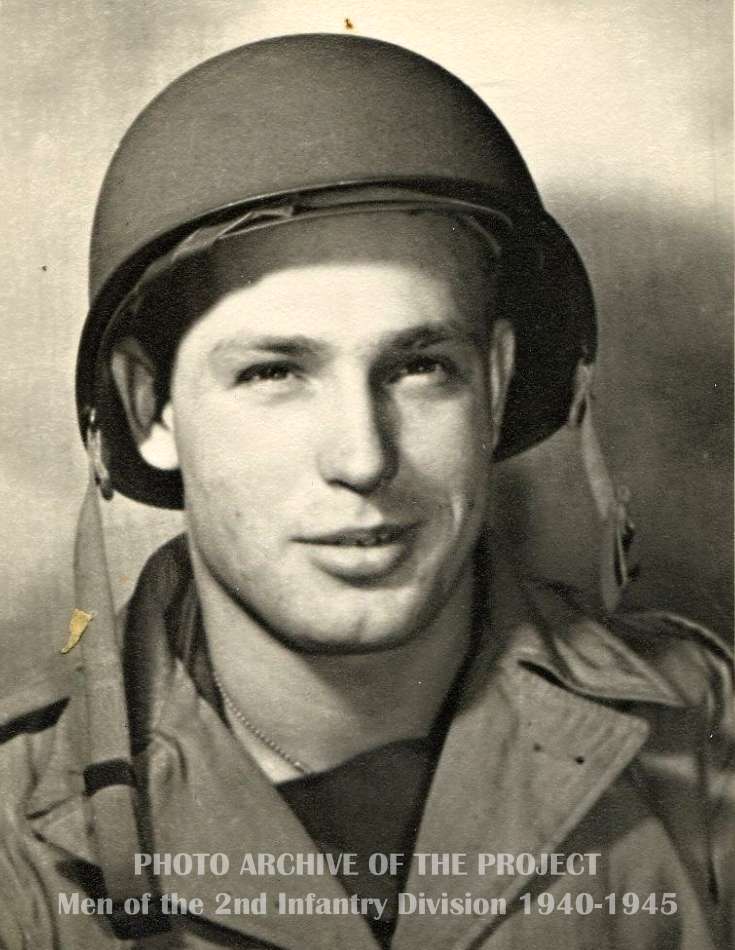 Men of the 2nd ID

S/Sgt. Fred Randall and PFC Adelbert „Del“ Pavelka were inseparable friends serving in Company B, 38th Infantry Regiment. They promised to cover each other’s backs in any situation. However, on August 4, 1944 PFC Adelbert Pavelka was killed in action near Vire in France. The day, which his friend Fred Randall carried with himself for the rest of his life. „Flames broke out as our tank ahead of us took a direct hit from an unseen German 88-artillery piece camouflaged on the Normandy hillside ahead. We crouched behind the hedgerow as a second round went over our head and exploded behind. The tank crew were trying to escape the burning vehicle, but a machine gun in the hedgerow directly ahead made it impossible. ‘Let’s go, Randy.’ Del shouted, ‘We´ve got to help those guys.’ It was a dangerous move and we both knew it. But it was typical Del who was always taking risks to help others. ‘Cover us, guys,’…