Samuel R. Hodges joined Company L in Normandy when he was 19 years old. There he met Sgt. Jesse Hill, the sole survivor of the 2nd Squad after the Battle of Hill 192. Sgt. Hill chose him for the First Scout so Samuel issued a camouflage suit (he was one of the few soldiers in the 2nd Infantry Division who wore a special camouflage suit which was tested during this campaign) and a pair of wire cutters. Previous First Scout in the 2nd Squad was killed the first day of real combat. That is how Samuel R. Hodges joined his unit. Samuel fought in all major battles of the 2nd Infantry Division and in 2014 he was awarded with the French highest award "Legion d'Honneur" for his effort in liberation of France during the WW2. Samuel R. Hodges passed away one year later in November 2015. He was 91 years old. 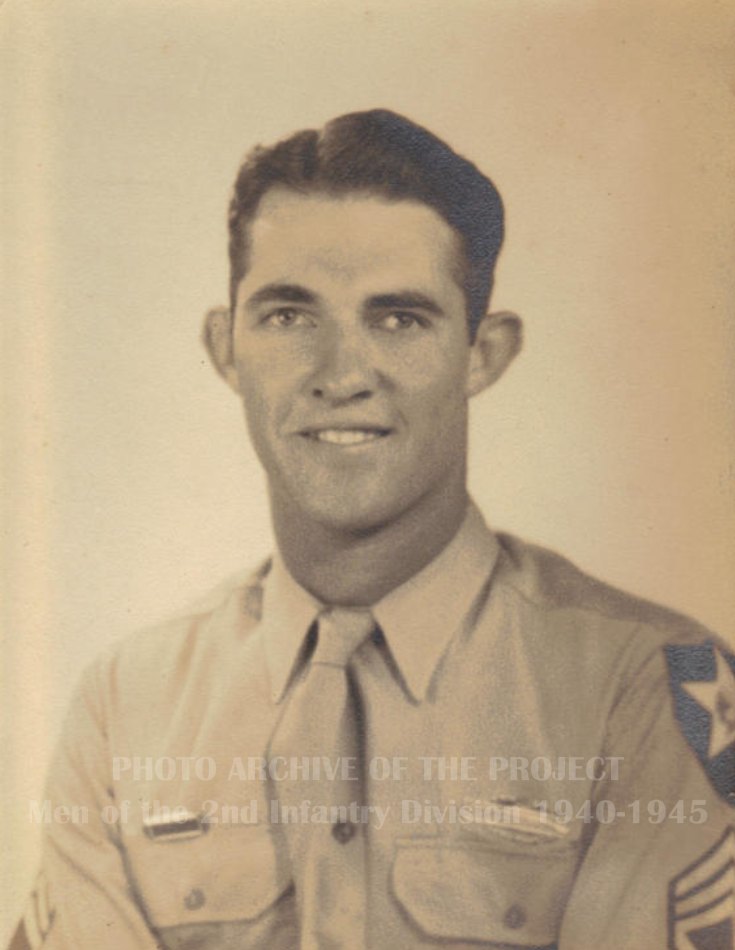 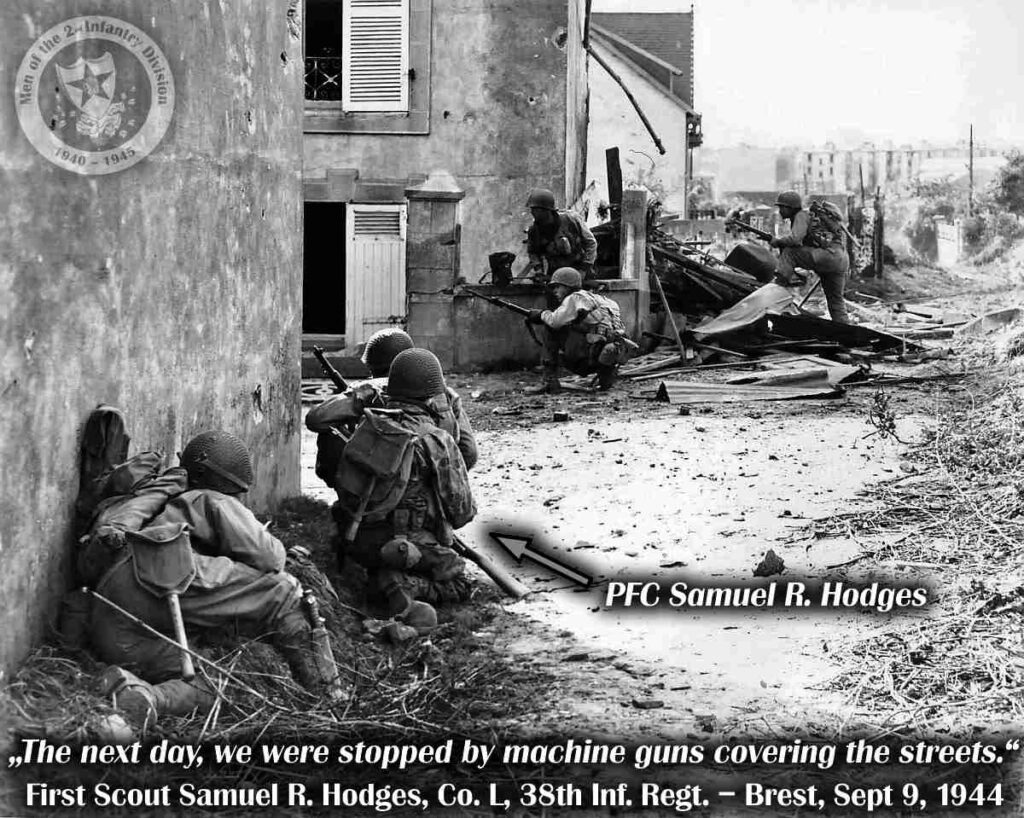 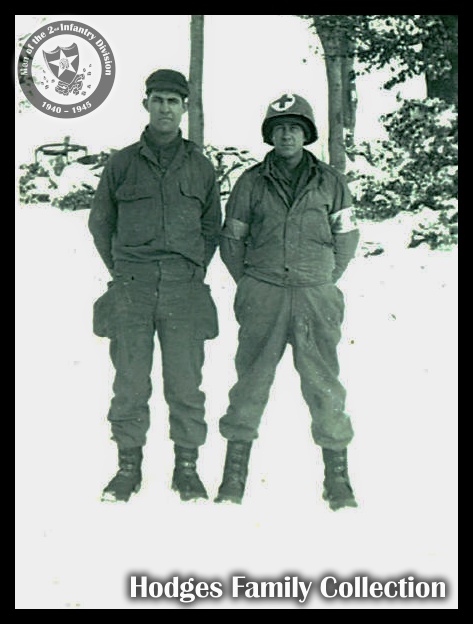 „…WE WERE TOLD TO GO BACK AND GUARD THE CROSSROADS LEADING INTO THE TOWN. WE QUICKLY RETREATED TO THE TOWN OF KRINKELT IN BELGIUM.“ S/Sgt. Samuel R. Hodges, Company L, 38th Inf. Regt. “Lt. Bill Jones from Oklahoma was our Platoon Leader. He was a considerable distance out front leading the way. There were numerous tanks around the crossroads which he presumed were Americans. When he realized they were German tanks, it was too late for escape. We all learned a valuable lesson that day, don´t ever presume anything. Lt. Jones hid behind a brick wall and watched as seven American soldiers lined up in front of a tank and were slaughtered. Then a lone soldier was lined up and shot. Hiding in an old well for a long period of time proved useless. Later that day, Lt. Jones was captured by infantry soldiers. Some wanted to shoot him on the spot, but thankfully, the leader would not permit it….