The Battle of Hill 192 – Reenactment Event 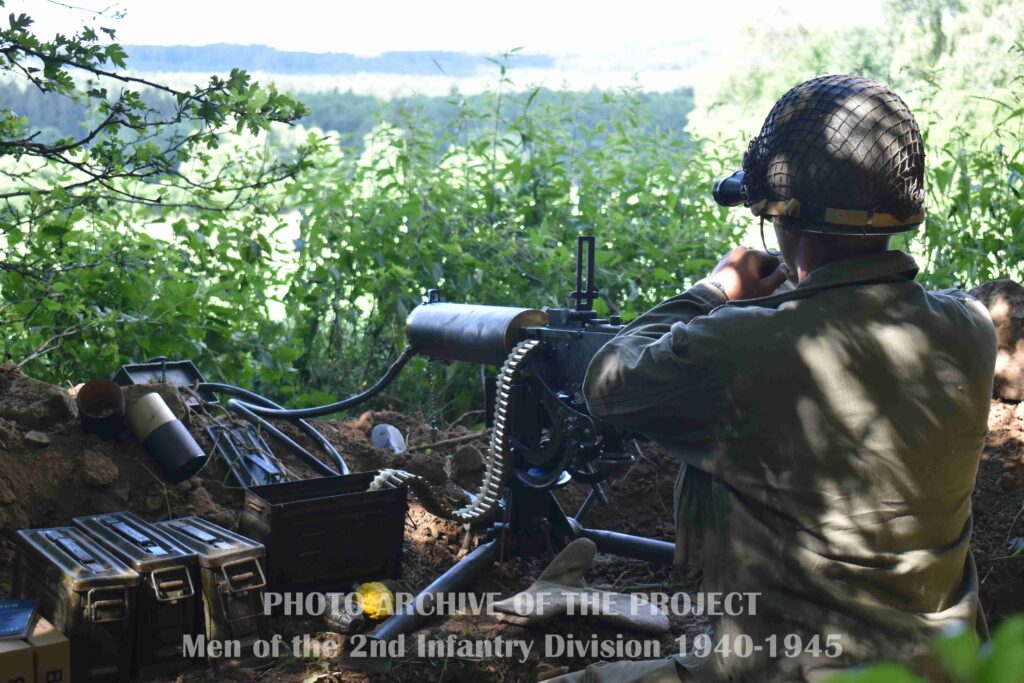 The first days in July 2022, our project team helped to organize a reenactment event commemorating men of the 23rd Infantry Regiment during the Battle of Hill 192 that was held from June 12 to July 11, 1944. The month-long battle for Hill 192, a key point in the German defense of Saint-Lô, cost the lives of more than 594 killed members of the 2nd Infantry Division (including 234 killed members of the 23rd Infantry Regiment) and approximately 3,000 wounded men. And it was the fates of these men that we tried to commemorate again through our event.

On June 12, the units of the 2nd Infantry Division met for the first time in the hedgerows of Normandy an entirely new, determined and elite enemy – the 3rd Fallschirmjäger-Division. The German paratroopers moved rapidly from Brittany for several days and they took up defensive positions around Hill 192 just a few hours before the arrival of members of the 2nd ID. In the next weeks of fighting, Saint-Georges-d’Elle repeatedly fell into the hands of both the Americans and the Germans. On July 11, 1944, after literally a month of fighting, an attack by combined assault teams with support of massive shelling, managed to dislodge the German paratroopers and finally capture the crucial Hill 192, and thus end one of the most critical battles that the 2nd Infantry Division fought in WWII.

In the photos you can see members of the Military Historical and Reenactment Association Tommy & Yankee together with our colleagues from the Reenactment Association 4th Armored Division, US Army, representing the riflemen of Company G and a heavy machine gun team of Company H, 23rd Infantry Regiment in the hedgerows near Saint-Georges-d’Elle, France. Most of our equipment and uniforms are originals from the war, showing the exact appearance of the 2nd ID´s members during the fighting in June 1944. The photographs were taken primarily for illustrative and educational purposes. Feel free to enjoy them!